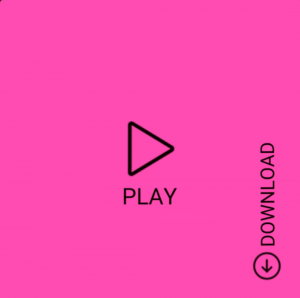 I say I run it (run it) cause I’m in control
Hypnotic, Hennessey, a couple shots of Patron
I have you feeling aight, I get you high as a kite
Party popping shawty says she coming with me tonight
I ain’t shoulder leaning, I ain’t snapping and popping
Either I’m bobbin ma head or I’m just standing their watching
I’m a hustler I hustle, you can tell that I’m paid
And I protect what I got, I’m in the house with my blade
Nigga you front you gone get it, OK now maybe I said it
Cause I want you to triddy, yeah I be on that shitty
You should see when I’m stunting, I flash the stones to be wanting
Push the whip, see me rolling, you can tell that I’m holding
I’m just doing ma thang, you know the Units the game
I got my grimy Shady with me you front you gonna have to get me off your ass
I pay the lawsuit and laugh (haha)
It’s not a big deal it’s nothing but some cash (Who run it)

Capture the rage of today’s youth and bottle it
Crush the glass from my bare hands and swallow it
Then spit it back in the faces of you racists
And hypocrites who think the same shit but don’t say shit
You Liberace’s, Versace’s, and you nazis
Watch me, cause you thinking you got me in this hot seat
You motherfuckers wanna JUDGE me cause you’re NOT me
You’ll never STOP me, I’m TOP speed as you POP me
I came to save these new generations of babies
From parents who failed to raise ’em cause they’re lazy
To grow to praise me I’m makin ’em go crazy
That’s how I got this whole nation to embrace me
And you fugazi if you think I’ma admit wrong
I cripple any hypocritic critic I’m sic’d on
And this song is for any kid who gets picked on
A sick song to retaliate to, and it’s called..
This kind of music, use it, and you get amped to do shit
Whenever you hear some shit and you can’t refuse it
It’s just some shit, for these kids, to trash they rooms with
Just refuse whenever they asked to do shit
The type of shit that you don’t have to ask who produced it
You just know – that’s the new shit
The type of shit that causes mass confusion
And drastic movement of people actin stupid. Its figth music

Yeah, yo let`s bring it
Niggas is so gangsta, Niggas is thugs
Niggas’ll spend their whole life peddlin drugs
Slanging dope in hopes of one day bein able
To own their own label and give the game up
[Lyrics from: https:/lyrics.az/50-cent/-/ready-for-war.html]
Some niggas came up, some just didn’t
That’s just the way it is, if it ain’t meant it, it just isn’t
Some niggas’ll get money and pay niggas to back em
So they can act up, feel comfortable, and rap tough
And that’s as backwards, cuz them niggas just gone keep coming back
And that’s when extortion happens
You struggle to get free, I know how this shit be
You deal with anything to live legitimately
But you gone find if you do get in this industry
It’s best to be business with me than against me
Niggas get behind mics and ain’t even MC’s
Niggas get on MTV just to diss me
This shit don’t even piss me off
I’m laughin all the way to the bank
Watchin the satellite from a Bentley
You niggas don’t even got a car
You’re so far under my radar
I don’t even know who the fuck you are
To tell you to suck my dick while I’m pissin
I don’t even listen to your shit to know who the fuck I’m dissin
The media just feeds into these feuds
Tryin to add fuel to the fire. This little nigga, Ja Rule
Talking bout he’s gonna slap me. Nigga please
You gotta jump and swing up to hit me in the knees
I laugh at these magazines when they interview em
All they doin is making fake threats to us through em
And pussy you’re not Pac, I knew em
Pac was a real nigga, you just a fuckin insult to em
It’s too bad we had to fallout before he passes
If he could see this shit now, he’d be whoopin your ass
You’re talkin to a pioneer who engineered this shit for 19 years
Who you got in your ear? I don’t even gotta say it, the fans know
Quit tryin to be tough, nigga, you look like a asshole

Make it happen
My rappin’ is similar to muthafuckers when they scrappin’
Blast and watch em’ back up
Notorious biggie killer, affiliation with death row
Niggas get their caps pealed back, fool this the west coast
Bitch you misdemeanor I’m raisin hell like felonies
Mr. Makaveli straight outta jail to sellin’ these
Intoxicated we duplicated but never faded
Now that we made it my adversaries is player hatin’
Got a Mercedes for these tricks, that thought I quit
Then got a drop top Jag for these bitches that’s on my dick
Go to a club in a pack, I’m smokin’ bud in the back
I wait for niggas to trip, cause bitch I love to scrap
Now mama raised me as a thug nigga, with love niggas
I’m a millionaire started as a drug dealer
I went from rocks to zines, writing raps and movies
I went from trustin’ these tricks now they all want to sue me
So fuck em’ all 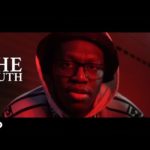 the truth
by the truth ringtone